A wood floor with gold and silver reflections. A processing technique from the artisanal workshops of ancient Egypt. A new, but also ancient, way of erasing the superfluous from our environments, dressing them in a completely new light.

With Ethico, every space becomes a jewel. Precious and eternal. All merit of the new finishes proposed for this parquet from the Corà Evo Garant line, enriched with gold and silver powder. 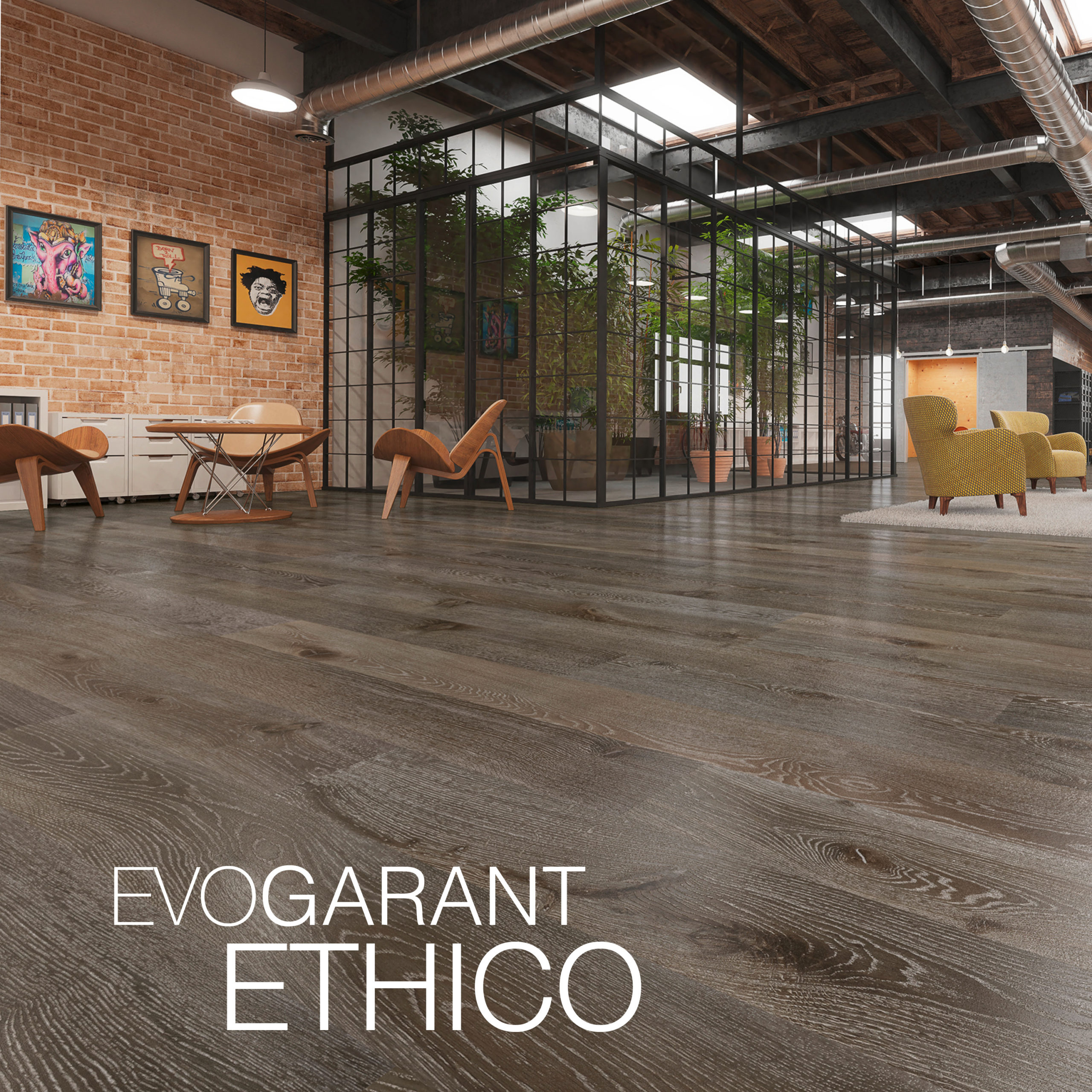 The process used does not cover, but rather exalts, the face of the wood, making the grain shine to accentuate the value of a unique, natural beauty in an even more sublime manner.

In the same way that the fire of a precious jewel puts every non-essential detail in the shade, parquet enters the scene as the protagonist, leaving everything that does not count in the background. It transmits new emotions through touch, aroma, colour, and now also through light. And it is this combination of sensorial experiences that generates a state of wellbeing which allows you to become one with the wood. Man and nature, bare and precious to each other.

“Pharaoh’s gold” in the wood

What strikes you about Ethico is above all the story it tells: that of a process that has been around since the times of ancient Egypt. It was, in fact, the skilled Egyptian artisans who decorated the wooden floors of prestigious and luxurious Roman homes with gold and precious dust when the land of the Pharaohs became a province of the Roman Empire after the death of Cleopatra in 30 BC.

The dyeing technique at the roots of the precious finishes of Ethico only dates back to 1810, though. It was invented by the French chemist Louis Claude Cadet de Gassicourt, who created the first dye by impregnating the surface of wood with mixtures of different mineral salts and synthesised vegetable substances. The result is an effect that maintains its visual aspect, with the fibre, grain, and ray flecks remaining unchanged.

The precious grains of nature

From the past to the present. Corà laboratories have examined and developed these different techniques further, turning them into a single process which creates a finish that bring not only new light to the surface of the wood, but also a colour with a great personality.

Research was done to make each project even more prestigious without hiding the most distinctive element of wood: its natural beauty.

Every board of Ethico lights up thanks to the gold and silver powder it contains. The original features of the wood are given additional emphasis, they become precious grains that chase each other over your floor as a single thread, but with each board still remaining identifiable from all the others.

The salt treatments that are applied fix the natural aspect of the surfaces, making their beauty even more authentic. The natural beauty of a material that is real, alive.

Ethico, made from European Oak, offers the gold and silver variants with a Cipro and a Durango finish. The special final brushing further exalts the three-dimensional effect of the parquet, creating a surface with an irregular feel. Which makes it even more real.

Natural is the effect, as is the type of processing. Corà has picked up the legacy of Cadet de Gassicourt, creating a dye with a 100% mineral salt and vegetable extract base which stimulates the tannin that is already in the surface of the wood. The reaction it activates results in differences nuances of colour, without having to add dyes or covering substances.

Only silver is placed on the surface, the ionized silver of vernice HC “High Care” Corà (Corà HC “High Care”) varnish. Even Ethico, just like all the parquets in the Evo Garant and Design lines, is treated with this special sanitizing finish which, thanks to its ions, creates a protective barrier that is invisible but lethal to all types of pathogen micro-organism that come into contact with the wood. And its effect lasts forever.

Already beautiful and precious, it becomes magnificent when laid in a herringbone pattern, the quintessence of floors in the most modern and refined rooms. In the same way as with the parquets of the Evo Garant line, Ethico becomes an authentic work of art when designed with a laying plan that moves outside traditional ones. To turn the visual effect of its flickers of light into a different discovery at every glance.